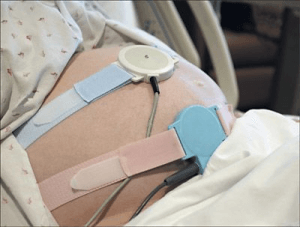 I remember when I was pregnant with my first.  The CNM I hired worked at multiple hospitals, so my husband and I toured each one to get a feel for each hospital’s standard policies and procedures.  A few people I knew questioned why we were bothering doing this since, aren’t all hospitals the same?  While I was expecting some differences, I was really surprised with what I found.

The standard procedures of the three hospitals we toured varied greatly – everything from the use of telemetry (wireless fetal) monitoring to how much bonding time a mom and baby were permitted before baby was whisked away for mandatory hospital procedures to where babies slept at night and whether babies were routinely given sugar water, formula or a pacifier.

I came away realizing how important it is to carefully screen which hospital you chose as well as your OB/midwife and the L&D nurse who will be caring for you during your stay at the hospital.

This June 22, 2009 press release illustrates ACOG’s (The American College of Obstetricians and Gynecologists’) efforts to help standardize the care women receive from OBs.  Specifically, they wish to stabilize the variability in fetal heart rate interpretations which could considerably impact the frequency of the “fetal distress” diagnosis.

I found these quotes of particular interest (emphasis is mine).

“Since 1980, the use of EFM has grown dramatically, from being used on 45% of pregnant women in labor to 85% in 2002,” says George A. Macones, MD, who headed the development of the ACOG document. “Although EFM is the most common obstetric procedure today, unfortunately it hasn’t reduced perinatal mortality or the risk of cerebral palsy. In fact, the rate of cerebral palsy has essentially remained the same since World War II despite fetal monitoring and all of our advancements in treatments and interventions.”

“Our goal with the ACOG guidelines was to define existing terminology and narrow definitions and categories so that everyone is on the same page,” says Dr. Macones. One of the problems with FHR tracings is the variability in how they’re interpreted by different people. The ACOG guidelines highlight a case in which four obstetricians examined 50 FHR tracings; they agreed in only 22% of the cases. Two months later, these four physicians reevaluated the same 50 FHR tracings, and they changed their interpretations on nearly one out of every five tracings.

A meta-analysis study shows that although EFM reduced the risk of neonatal seizures, there is still an unrealistic expectation that a nonreassuring FHR can predict the risk of a baby being born with cerebral palsy. The false-positive rate of EFM for predicting cerebral palsy is greater than 99%. This means that out of 1,000 fetuses with nonreassuring readings, only one or two will actually develop cerebral palsy. The guidelines state that women in labor who have high-risk conditions such as preeclampsia, type 1 diabetes, or suspected fetal growth restriction should be monitored continuously during labor.

Note that VBAC is not listed under “high-risk conditions” that “should be monitored continuously during labor.”  Also, with a 99% false positive rate for cerebral palsy, I wonder about the rate of uterine rupture false positives.

As an internationally recognized consumer advocate and Founder of VBAC Facts®, Jen helps perinatal professionals, and cesarean parents, achieve clarity on vaginal birth after cesarean (VBAC) through her educational courses for parents, online membership for professionals, continuing education trainings, and consulting services. She speaks at conferences across the US, presents Grand Rounds at hospitals, advises on midwifery laws and rules that limit VBAC access, educates legislators and policy makers, and serves as an expert witness and consultant in legal proceedings. She envisions a time when every pregnant person seeking VBAC has access to unbiased information, respectful providers, and community support, so they can plan the birth of their choosing in the setting they desire.

Latest Continuing Education Training: “Decoding Maternal Deaths: Why Birthing People Die and How We Can Turn the Tide” (2.4 CEs)

Join Us in Spreading Evidence-Based Info About VBAC and Making VBAC More Accessible for All!